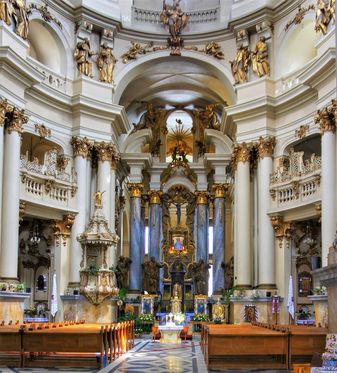 The new initiatives in Ukrainian legislation, connected with the religious education (RE) in secondary and higher educational institutions, are undoubtedly of great importance for the public education and social life of the whole society. In this text a brief analysis of some new amendments to current laws, their advantages and disadvantages, new tendencies in the development of RE in Ukraine based on the European educational policy will be given. These changes can truly be considered a breakthrough in the field of legislative regulation of religious and theological education and science in Ukraine.

It should be noted that the current legislation of Ukraine enables religious organizations and individual citizens to meet their needs of RE, teaching of religion and religious upbringing, based on the state educational system. Thus, Article 11 of the Law of Ukraine "On freedom of conscience and religious organizations" states that religious organizations have the right to establish religious (theological) educational institutions for training clergy, ministers, and other religious specialties. Parents or persons substituting them for their mutual consent due to Article 3 of this law have the right to educate their children in accordance with their own religious or philosophical convictions and attitude to religion, which corresponds to the main ideas of fundamental international laws, such as the International Bill of Human Rights and the European Convention on Human Rights.

The new legislative initiatives could be an important achievement in ensuring the freedom of conscience in Ukraine. On the other hand, there is still no legal mechanism for the implementation of international instruments which guarantee the freedom of parents to ensure religious education of their children in state schools in accordance with their own convictions.

It is important to note that in Ukraine, until recently, any organization or individual can have the right to establish nursery and secondary schools, but religious organizations did not have such right. This fact completely contradicts the Law of Ukraine "On Freedom of Conscience and Religious Organizations".

The new Law of Ukraine "On Amendments to the Laws of Ukraine on ensuring the rights of citizens to freedom of thought and religion in education" allows religious organizations to establish different types of educational institutions, such as nursery schools, technical schools, after-school facilities, schools and universities, which should be licensed by the state and provide education of the state standard. This is a very important development in ensuring the freedom of conscience in Ukraine. According to the new legislation, religious schools will take the standard procedure for accreditation and licensing, to adhere to other requirements of the Ministry of Education and Science.

The right to establish educational institutions, which is provided to religious organizations by this Law, means that the legislative bodies at last changed the situation which is unique in Europe: in the European Union there are no countries that have ever banned religious organizations to open public schools and higher education institutions. Ukrainian Parliament (Verkhovna Rada) after a long discussion took into consideration the arguments of those parents who have the right to determine what kind of education they would like to give their children. It should be noted that religious organizations have struggled for this right for more than two decades. They, as well as human rights activists and experts in the field of religious freedom, had to prove that the understanding of the Constitutional principle of separation of church and state as such, which means a continuous expulsion of the Church from the public sphere, is a wrong understanding of the Constitution.

We now observe the ongoing process of integration of religion in a secular educational environment, which is connected with many challenges in different educational and social spheres.

It should be noted that further development of RE in the state and private schools in Ukraine at the moment is on the confessional way. There are two possible models of its development: when religious organizations, either directly or through affiliated public organizations found private schools, which in addition to the state component set out the doctrine of any religion. The first model is still rare, because for a long time religious organizations were not allowed to establish educational institutions. The new amendments allowing religious organizations to open schools, only recently came into force. The problem is that private educational institutions, which are self-financing, i.e. are financed at the expense of the parents or the church, do not have enough money. Or, often the cost of such education is rather high for all parents who want to give their child a religious education. If you are not patrons, who can donate a lot of money in such schools, such education is available only to wealthy families.

The second option are the so called Orthodox classes supported by the churches, by agreement of the school administration and the local educational authorities. The positive role of this model is that the public component is supposed to be covered by the state or municipal budget, and the component associated with education in the Orthodox spirit, is provided by the parents or sponsors.
Thus it would be possible to diversify the sources of funding for such schools, and the state educational component will always be funded by the state. Churches will have to find the only part of the necessary funding, with regard to the religious component in these schools. Then there will be more or less adequate model of confessional religious education.

At the moment, the curriculum unit, which includes the "Fundamentals of Christian ethics", covers the disciplines of spiritual and moral orientation. These items are divided into two parts: those that are included in obligatory component and those that are part of variable component of the curriculum in secondary school. The course of "Ethics" is included in obligatory part, at the moment only in the sixth grade. The rest of Ethics (Christian, Jewish, Islamic, etc.) can be provided in accordance with the general operating rules for optional subjects. The main problem is that electives are funded only by local budgets and it makes it very difficult to provide these courses.

At present the important initiative of the Public Council for Cooperation with Churches and Religious Organizations functioning under the auspices of the Ministry of Education is connected with the introduction of subjects of spiritual and moral orientation from 1 to 12 grades.

RE in state schools should have strong methodological, methodical, personnel grounds and therefore the state should take appropriate measures to meet all the demands. Firstly, it is necessary to develop a new concept of church-state relations, which had already been submitted to the Verkhovna Rada, but it is still in the process of discussion. This concept should explain and comment the constitutional principle of separation of church and state school. The concept offers a partnership model of relations between state and church, when they will be able to identify those areas where cooperation is possible. It is clear that it should include education.

Then, changes should be offered in schools curricula, where the subjects of spiritual and moral orientation will become obligatory with suggestions of alternative choices. Intensive teacher training and different in-service courses to train teaching staff should be organized to provide high quality of selected RE courses.

The Constitution, the concept of church-state relations, changes in legislation, changes in obligatory component of school curricula and teacher training are mandatory interrelated levels, which will create a new Ukrainian system of RE based on existing positive domestic and international experience.
This report was written by Iana Poliakova, the EFTRE representative for Ukraine - April 2016