Religion, largest groups: 70 % Lutherans, 1 % Orthodox, 1 % Muslims
The Catholic Church has a membership of around 12,000. The Protestant denominations, for example Pentecostalism, Baptists, Methodists, the Salvation Army and Adventists total membership remains around 1% of the population. Number of Jews is about 2,000.

Children start comprehensive school at the age of 7. Finland has nine years of compulsory schooling run primarily by local authorities. The majority of Finnish schools are public - there are only few private schools. The government contributes to the financing of all schools. In general, Finnish schools are not based on religion or supported by the religion. However, there are a few (fewer than 15) Christian schools in Finland and there are also some other faith related schools. For children, school and educational equipment (books, pens etc.) are free of charge. Nine years of basic education can be continued in two major ways: either in vocational training or in upper secondary level. Both vocational and upper secondary studies make it possible to continue one’s studies in the polytechnic school or at the University. 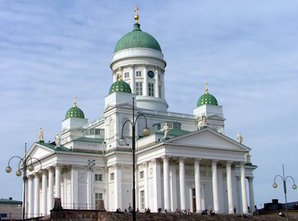 Since 2003 religious education in comprehensive and upper secondary schools in Finland has been provided "according to one’s own religion". According to the Basic Education Act (section 13) “the instruction of religion is arranged in conformity with the religious community of the pupils as instruction of the religion to which the pupil belongs in accordance with separate syllabi”. Those pupils who are not members of any congregation or religious group are provided instruction in secular ethics where different worldviews and ethics are studied. However, RE in Finland is non-confessional and an RE teacher does not need to be a member of any religious denomination. The concept is rather new since before year 2003 RE was defined denominationally. The Finnish model of RE is related to the Act for Religious Freedom (2003). The previous law term established freedom from religion, but the current law is made on the basis of a positive right: freedom for religion. The confessional and denominational concepts were ambiguous and causing problems.

In pre-primary education there is no RE mentioned in National curriculum (2014), but there is an introduction to different worldview (religions and none) as a part of the detailed contents of the curriculum.

In the Finnish context most pupils take part in Lutheran RE (in comprehensive schools this is 93%). For historical reasons a non-Lutheran pupil can also take part in Lutheran RE, if their parents/guardians request. Schools must also give instruction in areas other than the Lutheran faith (e.g. Islam, Catholicism etc.) if there is a minimum of three pupils representing the faith in municipality. The religion in question must be registered as a religion in Finland, and the students´family must belong to the religion. However, some Christian minority groups are taking part in Lutheran RE lessons (in spite of the option mentioned above) but if one’s own instruction is available, the pupil has no right to opt out from it.  The status of the Orthodox instruction differs from other religious minorities. If there are at least 3 Orthodox children in a municipality then schools instruction is automatically provided and parents request is not needed. All RE must have a curriculum. The teacher needs to have a qualified training for RE and they are required an university diploma (Masters degree).

​Religious education or ethics is compulsory both in comprehensive schools (7-16 years) and in upper secondary schools (16-18/19 years). The aims of the Finnish RE in general are to familiarise the pupil with his or her own religion, Finnish spiritual tradition, other religions as well as cultural and the ethical dimensions of religion. 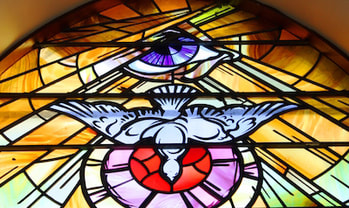 Religious Education in the School System

In autumn 2016 was introduced a new curriculum both in comprehensive schools and upper secondary schools. For RE there is 5 different national curricula, which was made by National Board of Education. Because RE is related to one’s own religion every RE version has its own name: e.g. Lutheran, Orthodox, Islam, Catholic and Jewish religion. RE is compulsory in the basic education (ages 7-15/16) and also in upper secondary school (ages 15/16 - 18/19). (See more of Finnish educational system and curricula http://www.oph.fi/english/education_system). In vocational education there is no instruction in RE.

In comprehensive schools there are specified objectives and key contents in RE for the grades 1-2, 3-6 and 7-9. These consist of three orientations: the pupil´s relationship with his or her own religion; world religions; and a good life. All these - the task, objectives and contents - are common for every religion taught at school to ensure the unity of the subject.

In upper secondary school there are two obligatory courses in RE (instead of former three): The first compulsory upper secondary school course deals with religion as a phenomenon and focuses on the three monotheistic religions: Christianity, Judaism and Islam. The second compulsory course concentrates on the details of each religion, such as history, traditions, sacred life and dogmas and a national and global position.

The two first advanced courses are almost identical in terms of goals and contents among the five religions. One deals with religions in Japan, China and India and the other with religion in Finnish society. The third advanced course is “Religions in science, arts and popular culture”, but the Orthodox one is called “The Arts in Orthodoxy and other Religions.” The fourth advanced course is “Religions and Media” and following the previous principle when naming the courses, the Orthodox one is called “Orthodoxy and Religions in Media.” At upper secondary level (Lutheran and Orthodox) RE can be part of the Student Matriculation Exam.

The new curriculum for upper secondary schools will be published in autumn 2019.
Current developments and challenges

The status of RE as a content in school system is quite established in Finland but on the other hand there has been vivid discussion about the model of RE. Multicultural development and amount of different religious traditions have aroused the question: would it be easier to be all together in RE (and even secular Ethics), not in separate groups. Some teachers have made more cooperation among different groups and pupils have come together in RE lessons. From the point of view of denominational minorities the common subject can be a threat, if the content of the new subject is determined by majority. However, the whole new subject would demand the change of both school laws and the law of religious freedom.
Finnish National Board of Education http://www.oph.fi/english
Basic education act http://www.finlex.fi/en/laki/kaannokset/1998/en19980628?search%5Btype%5D=pika&search%5Bpika%5D=%2F628
This report was written by Outi Raunio-Hannula and Risto Aikonen, the EFTRE representatives for Finland - July 2016, (updated 7.6.2019)