At EFTRE Pádraig will speak on the theme of St. Patrick, patron saint of Reconciliation – reflections on a kidnapped British boy who became a patron of Ireland.  His talk will touch on dealing with trauma, reconciliation understanding, British-Irish relations and aspects of the work of Corrymeela.

Pádraig Ó Tuama is a poet and theologian based in Belfast. Since 2014 he has been the leader of the Corrymeela Community, Ireland’s oldest peace and reconciliation witness dedicated to transforming conflict through human encounter, including work with schools, youth and communities. Pádraig’s interests encompass poetry, religion, conflict and storytelling. His work has been published by Canterbury Press (2012, 2013, 2017) and Hodder (2015) and has received critical acclaim from circles of poetry, psychology and religion.  These publications include Sorry for your Troubles (poetry – Canterbury Press 2013) and In the Shelter (prose & poetry – Hodder & Stoughton 2015).

His topic will be Does Religious Education contribute to social cohesion? Empirical research and conceptual perspectives. Recent research has shown that in pluralistic societies religion can promote but also impede social cohesion. Similarly, research findings demonstrate that Religious Education can be a factor that contributes to interreligious understanding and peaceful coexistence, but not necessarily so. Obviously, there are certain criteria and conceptual perspectives that have to be taken into account. The presentation will suggest  some orientation marks that can help to increase the probability that RE contributes to social cohesion. 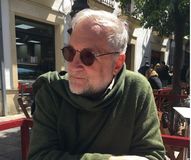 Abdullah will explore how RE in Europe for the 21st century might move from a focus on the phenomenological to the existential and thus enable children and young people to address more fully the issues they may face in their everyday lives. Instead of RE curricula that look at different religions (or perhaps just one), he will invite us to consider how basic human meaning can be created and nurtured through the subject for different people, both communally and individually.

Dr Abdullah Trevathan has worked as a teacher for many years and also as a lecturer in Philosophy and Religious Education. He was Headteacher of the Islamia Primary School, the first state funded Voluntary Aided Muslim School in the UK from 1998 to 2006, before moving to the University of Roehampton in South West London. More recently, he has been based in Morocco where he has been involved in various educational projects to establish new schools and he has published articles in a variety of academic books and journals. Now he is working as a Lecturer in Comparative Religion and Philosophy at the Al Akhawayn University in Ifrane, Morocco.